Visiting our objects of mythological tourism, you will learn a lot about the mythological characters in which our ancestors believed: the Swamp, the Cemetery, the Forester and others.

Mythology is a form of cognition and interaction with the environment. In Berezinsky biosphere reserve on the initiative of the public Association "Rest in the village" in the framework of the project of the UN development Program and with the financial support of the European Union was created Mythology center.

Are you not familiar with our mythological tourism facilities yet? Let's get acquainted!
Museum of mythology and mythological trail.

At these sites You - our dear visitors-will learn how in the past mythological images regulated human activity in the natural space, raised respect for nature, taught the rules of harmonious coexistence with the natural world. And also learn about how through mythology people received knowledge about the environment.

In fact, mythological characters are guardian spirits of natural biotopes, spheres of human activity. When the relevant norms and rules are fulfilled – everything is good. When rules are broken – badly. And it's not good or evil essence of the character.

Museum of Mythology is a building consisting of three small rooms – the heavenly world, the underworld and the human world. Before entering the Museum visitors get acquainted with the" Tree of life", which symbolizes all these three worlds. The crown symbolizes the heavenly world, the roots of the tree underworld, but the tree trunk is nothing more than the human world or the world of the present.

In the room of the human world the life cycle of the person which having realized through the traditional calendar is shown.

All economic activities and holiday periods was subject to nature and took place in accordance with natural cycles.

It is important to understand the meaning and move away from the stereotypical perception of the underground level as "hell", "horror place", etc.

Traditionally, the “Underground” world is presented as a world alien to humans, but originally it was not horror. This is the realm of spirits, which are responsible for the power of nature, for the forces of fertility of the earth, for the groundwater that nourish the earth.

What made the sky, no one knows...It's see-through like glass, but solid and strong. 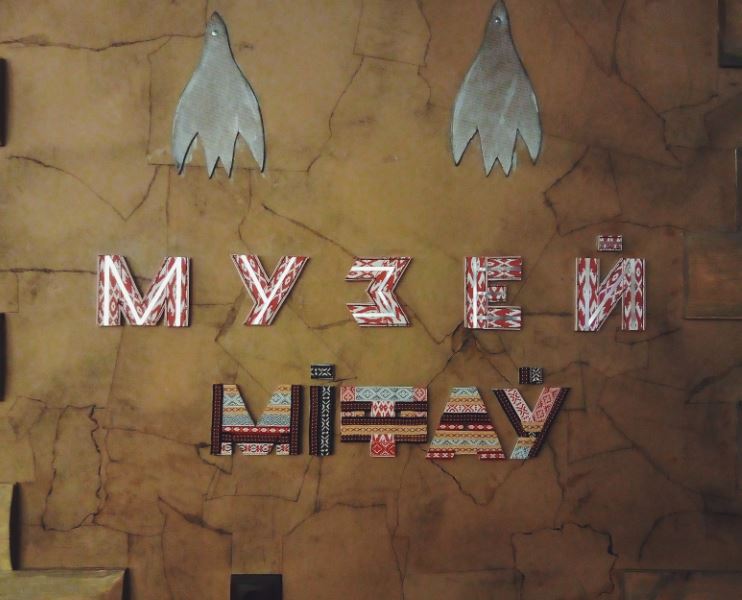